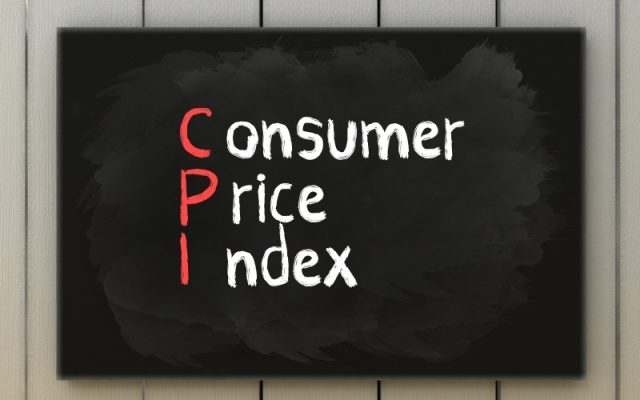 Serious traders take in tons of information when creating their strategies. You could be one of them if you have always been on edge when crucial data such Consumer Price Index (CPI) is up for release every month. If you follow the United States dollar (USD) or currency pairs that include the greenback are your favorite, then the monthly CPI data from the Bureau of Labor Statistics (BLS) is your staple.

Currencies from one economy often fluctuate in terms of their exchange rate against those from other economies. Various economic indicators cause this fluctuation by influencing the market sentiment for given currencies. In the guide, we show you how CPI data impacts the US dollar, as well as how this impact influences the relationship of the greenback with other currencies.

The CPI data enables policymakers to determine the inflation rate in that particular period. The inflation rate is a measure of the increase in prices of primary goods and services over a certain period. Higher inflation indicates economic growth, but it also means that the purchasing power of a given currency is lower.

Apart from helping to evaluate the inflation rate, CPI data helps to deflate other vital economic indicators into real dollars. Say, for instance, housing prices are higher than ever before, and you want to account for inflation. CPI helps to convert the housing prices into real prices influenced by inflation. Government agencies such as the United States’ BLS are in charge of producing and releasing CPI data.

The calculation of CPI selects a specific period as the base. Some countries use the previous year as the base, whose value is 100, while the US uses the period from 1982 to 1984 as the base. Therefore, the CPI for every year after the base period is a measure relative to the base year. For a given year that records 120 CPI, the inflation rate would be 20% compared to the base year, i.e. (120 – 100), which leads us to the formula for CPI, which is:

Relationship between interest rates and CPI

All currencies are sensitive to inflation pressures within the economy, although not always in a direct manner. The CPI data might throw some things in motion, like interest rate tightening, which ends up increasing the value of the USD against major rivals. However, this concept is not as easy as it sounds because central banks take into account more than just one type of inflation.

The term inflation is multifaceted in its connotations because there are various types of inflation. CPI is the most commonly considered inflation type but others, such as personal consumption expenditures (PCE), are equally significant. For instance, the Federal Open Market Committee (FOMC) of the US Federal Reserve System uses PCE as its primary indicator for inflation. However, CPI is a particularly significant factor in the Fed’s policy decisions.

Higher interest rates lead to a reduced flow of money in the economy. This strategy is similar to turning a tap slightly in the ‘OFF’ direction such that the flow of fluid is low. Lower liquidity translates to tighter credit in the economy, which introduces operational difficulties to businesses. Eventually, the strain put on businesses reduces the pace of economic growth, which cools down the prices of items included in the basket of goods and services that the CPI tracks.

How the CPI affects the dollar

Having seen how CPI relates to interest rates, you can easily make out the impact of CPI on the USD. Interest rates are first low, which causes the economy to explode. A high economic growth encourages prices of essential supplies to increase. To control the resulting inflation, the Central Bank bumps up interest rates, which finally causes CPI to fall. In short, there is an inverse relationship between CPI and interest rates.

More foreign capital flows into the US economy, and the USD continues to gain value against major rivals. The figures below best represent this relation, although you should note that the relationship is not always perfect because of more moving parts than we can cover in one go.

Notice in the charts below that the US Fed increased the interest rates every year from mid-2016 to 2019. During this period, the US dollar index was generally high, except for a dip in 2018, probably due to the US-China trade war. From a general perspective, higher interest rates caused the US dollar to outperform its rivals.

CPI is a critical inflation indicator on which currency traders must keep a keen eye. Together with other measures such as personal consumption expenditure, CPI contributes significantly to the interest rate decisions that central banks make. Eventually, the measure influences the exchange rate of a currency against its rivals.