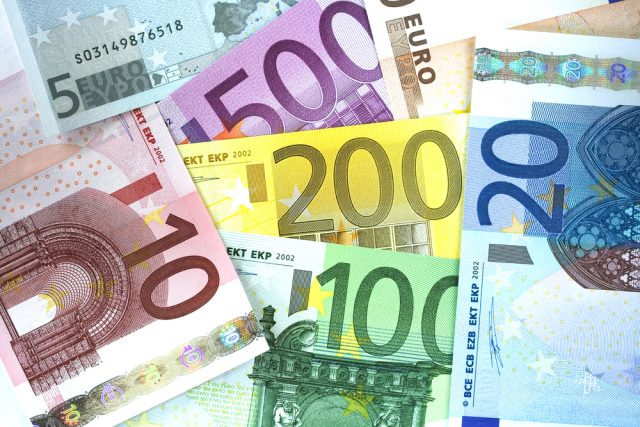 Some estimates rank the Euro (EUR) as the second most traded currency behind the US dollar (USD). The reason behind the Euro’s popularity could be that the currency represents a region that could easily claim the title of the world’s economic power, the eurozone.

The European Union has 27 member states, but only 19 use the EURO as currency. Given the eurozone’s economic power, the currency has taken on some status whereby sections of global finance believe it could be the USD’s long-awaited successor. The US dollar index (DXY) places more weight on the Euro is telling in this regard.

Like other currencies, the EUR fluctuates in value often, largely due to impacts by certain events. Therefore, any forex trader who wants to benefit from trading currency pairs consisting of the Euro must follow these events with unwavering consistency. This article discusses the events in detail.

Economic reports and why they matter

Economic reports are the events that make up the daily economic calendar. As a forex trader, it is possible that you have encountered the economic calendar or have encountered fellow traders who have spoken of the importance of staying updated about important events. The events include monetary policy statements, consumer price index (CPI) reports, purchasing managers’ index (PMI) reports, and many more.

Each report contains information that sways market sentiment because traders take the data into account when pricing currency pairs. Keeping tabs on economic reports helps you to better anticipate changes in the currency pairs directions well in advance. Even one minute early in forex could be worth a fortune in trading profits.

Reports that influence the direction of the euro

There are four major reports that you ought to track when trading the euro. We look at each of them specifically.

Monetary policy is a potent tool that a nation’s central deploys to adjust inflation in the economy. Most important is how the central banks implement monetary policy. One of the most popular mechanisms is by adjusting interest rates – sometimes referred to as base rates – with the ultimate aim of increasing or decreasing money flow within the economy.

We want to dwell on interest rates because their behavior has the biggest weight on currency movements in the forex market.

Consider an economy that is descending into a recession. It means economic activity has slowed down to the extent of prices declining so much that producers do not have an incentive to keep producing. The central bank is the institution with the necessary tools to change this situation, and the tool it often falls back on is monetary policy.

To implement the monetary policy, the central bank decides to cut interest rates. Lower interest rates reduce the cost of credit but also make investments in the economy less profitable. As a result, the market unwinds its positions in the domestic currency, hence setting off a race to the bottom.

What is happening here is that monetary policy eventually affects a currency’s value in the forex market. You are likely to make an accurate prediction about what could happen to a given currency if you have the right information concerning the monetary policy statement.

The European Central Bank (ECB) is the institution in charge of setting monetary policy. The institution delivers monetary policy decisions via press statements. Sometimes senior members of the ECB field questions from reports – or speak at public forums – and in the process, give subtle or overt hints as to what the possible monetary policy environment could look like.

The concept of balance of payments (BoP) is crucial, especially when speaking about national economies. A national economy has achieved trade balance when there is harmony among the current account, the capital account, and the financial account. A country whose economy has a positive BoP enjoys market confidence that translates into a stronger currency. Countries with trade deficits tend to have weak currencies because market sentiment operates against them.

When considering the EU, the issue of BoP is a little more complicated because you are looking at 19 countries. Nevertheless, a simplistic view of the concept remains accurate as long all the key tenets are adhered to. Traders have learned to ease the eurozone’s BoP digestion by focusing on the region’s two largest economies, Germany and France. The EUR tends to perform well when these two countries report positive BoP figures.

The EU, again, is a special case when speaking about GDP because the economic zone is not fully integrated. As such, it is a bit challenging for investors to consider the GDP of the entire region. Like BoP, investors rely on the GDP figures of the EU’s largest economies – Germany and France – to arrive at suitable conclusions during fundamental analysis.

Inflation reports affect a currency in two ways. High inflation in an economy tells the market that there is a high possibility of a future rate rise, which could slow down economic growth. As such, traders unwind positions in the currency, leading to a decline in value. Conversely, low inflation indicates higher chances of the central bank cutting rates in the future to spur growth. The possibility of the economy posting higher growth rates in the future induces the belief that the currency will be strong. Markets react by snapping up as much of the currency as possible, leading to an appreciation in value.