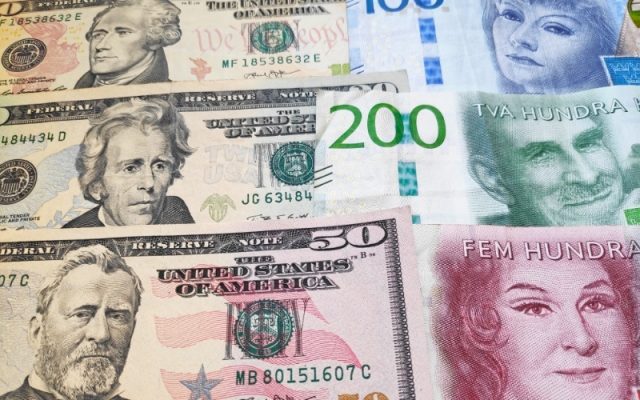 The US dollar surged 3.5% against the Swedish krona on February 4, 2021, since the start of January 2021. The USD/SEK trading pair opened trading at 8.4541 on February 4, 2021, as a reaction to FOMC member Kaplan who stated the Federal Reserve’s intention to cut bond buying. Asset purchases by the Central Bank have increased the money supply in the US while lowering interest rates. The 1-year-change analysis shows that the Swedish krona has strengthened against the US dollar by 12.38%.

Swedish Central Bank (Riskbank) increased interest rates from -0.25% to 0% in 2020 to help increase inflation and provide a cushion to the economy. Sweden is among the few European countries that did not go on a national lockdown to help contain the coronavirus pandemic.

The Riksbank lowered the rates from 8.66% in 1996 to 0% in 2020. It ended the subzero (negative rates) experiment in 2020. The ECB was the first continental bank to implement the sub-zero interest rate policy in 2014. Inflation depression and a double-dip recession caused by the strength of the euro against other currencies in 2013 made the ECB undertake the decision.

The Bank of England (BoE) is ready to adopt negative interest rates to jumpstart inflation levels in the UK post-Brexit. The deposit rate according to the BoE into 2021 is -0.5% prompting calls that the BoE would follow the Riksbank’s initiative.

New details about the launch of the e-krona failed to inspire a positive risk sentiment, with most investors pessimistic about the Riksbank’s involvement in digital currency. The krona fell by 3.5% from the start of 2021 to February 4, 2021.

When compared to other G10 currencies, the US dollar rose the highest as of February 1, 2021.  The US Federal Reserve has downplayed any intention to raise interest rates with the view that inflation is still low. These rates have pushed the krona to record highs against the dollar. An intention to keep low rates in the US will continue to push the krona against the dollar.

The krona may bounce ahead of the dollar when investors increase their appetite to diversify currency amid the sliding growth of the US economy. Sweden’s trade with the US reached $25.5 billion in 2019. Both economies have invested more than $94 billion in each other’s boundaries, with Sweden highest at $61.3 billion. The close relationship between the two countries saw both of them inflict a ban on Huawei’s 5G roll out.

However, the US treasury has begun the process of selling long-term government debts to help decrease the money supply. According to reports, the Treasury aims to sell a total of $126 billion worth of government bonds by mid-February 2021.

Cash stock-piles hit an all-time in America, and the Treasury is awaiting the outcome of the Biden administration’s $1.9 trillion stimulus package.

The USD/SEK trading pair shows a weak downtrend favoring the Swedish krona. The 50-day moving average is expected to hit resistance at 8.788, while the 200-day moving average may be headed towards the new support at 8.176. The 100-day SMA is moving the trend-line downwards to 8.0220.

Sweden signaled an intention to increase the interest rate by moving above the sub-zero zone. The US treasury is still optimistic that inflation will stay lower in 2021. This delay may be good for the krona.