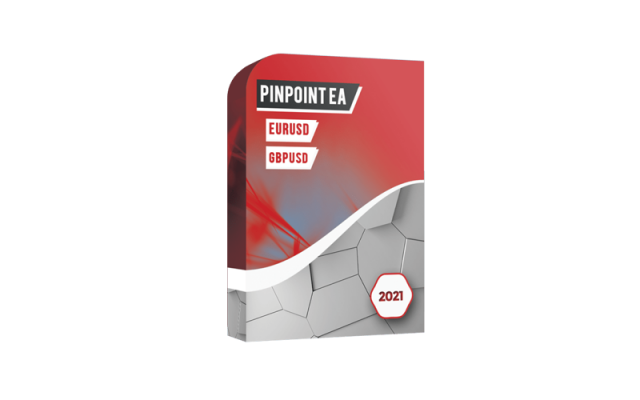 With an extremely high win rate of 94% and 17 years of successful backtesting data on the GU and EU, Pinpoint EA guarantees it can safely recoup losing trades and provide traders with responsible trading and consistent weekly income.

Pinpoint EA is a robot from responsibleforextrading.com, which is the brainchild of Ryan Brown, the developer from the United States. He has a high 5642 rating among the MQL5 community. Ryan provides a detailed YouTube video on his website, where he explains how to gain 98% of the win rate with Pinpoint EA. In his video, Ryan claims to have built 880 Forex trading algorithms for long-term trading. He also adds that in comparison to the other EAs available on the Forex market, this one churns out profits consistently and does not destroy traders’ accounts. It is a rare thing to see such a great level of vendor transparency. Thus, it is a major pro.

Pinpoint EA is a Forex expert advisor that was launched on the 29th of October 2020 and was designed to trade 2 currency pairs: EURUSD and GBPUSD. It is the result of 17 years of successful backtesting data and over 12 months of hard work. To provide more realistic results, the backtesting was performed with a variable spread and accurate Dukascopy data. This is a 100% automated trading system that trades daily and generates profits weekly. The developer of this EA convinces us that his robot can generate up to 2.5% of monthly profit with default settings (1:30 leverage). It follows bigger trades for better long-term results. The robot also is FIFO compliant.

The robot unitizes the 3-indicator combo to find the best trading points. It trades with a larger time frame trend. It places orders only with the trend. The dev points out it allows the robot to generate a high win rate. Pinpoint EA also has an in-built smart recovery system that allows the EA to recover from losing trades quickly.

As earlier mentioned, the robot uses a combination of 3 indicators to find the best trading opportunity. With the help of different indicators and the Relative Moving Index (RMI) indicator, which helps to identify scalping points in the market, the robot creates balanced trading schemes. It is a good sign that the vendor is not afraid to say that there are trading risks when trading Pinpoint EA and points out several occasions where losses were recovered in the following weeks.

The vendor provides 2 backtest reports for each currency pair on the website.

Both GBP/USD and EUR/USD backtesting results can easily be verified on myfxbook.com. Let’s analyze how the robot traded the EURUSD currency pair in detail.

The dev provides us with live trading results on their website.

It’s madness. The chance of losing 100% of the account balance is 99, 99%. This will require 10 consecutive losing trades.

A money-back guarantee is not included.

Unfortunately, there are no customer reviews on reputable third-party websites like FPA, Trustpilot, or Quora.