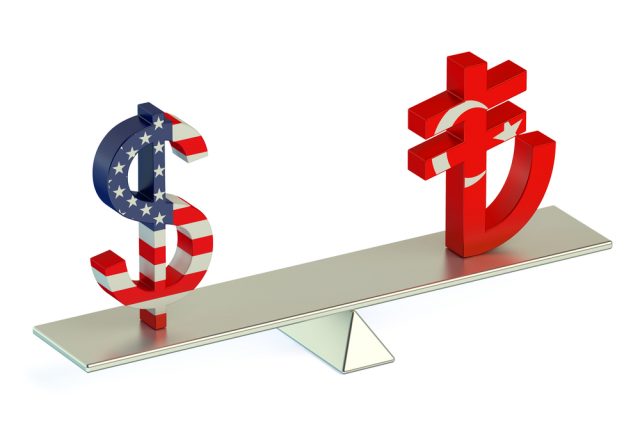 The US reduced its imports (MoM) from $1.095 billion to $930.9 billion (-15.03%), causing the dollar to rise. However, in 2021, US companies have exhibited worry about the digital taxes adopted by Turkey and India. US companies would be charged up to $30 million annually as levies to export their products and services under this system. This situation has suppressed the rise of the dollar into 2021 against the lira.

Further, the Trump Administration had in 2018 raised steel tariff rates by 25% to 50% as a result of a strenuous political relationship between the US and Turkey. After the tariffs were normalized in 2019, Turkey increased its rebar exports from 72,000 metric tons in the year to 382,250 metric tons (from January-October 2020). Additionally, exports into the US are expected to increase in 2021, further supporting the lira against the dollar. Of particular note is that as rebar export into the US is expected to increase, Turkey has warned of a decrease in the Middle East and the EU.

The US imposed sanctions on Turkey despite its status as a NATO member, under section 231 of the CAATSA. Turkey’s purchase of Russia’s missile system (S-400 surface-to-air) was perceived as a threat by the US government on its military technology. The sanction is expected to affect Turkey’s status as a strike partner with the US, but the two countries’ economic stability should also be considered. Turkey’s investments in the US-run into billions, with the latter aiming to improve its agricultural exports into the area.

Under the Biden presidency, it is expected that a softer relationship between the two countries will persist. We expect the Turkish Lira to hold steady against the dollar since the US is preparing another stimulus bill and may further slide against other currencies into the year. Additionally, the sanction is not targeting the general economy. However, the imposed penalties may damage Turkey’s relationship with Russia and slide down to the US, impacting foreign currency reserves.

Turkey’s central bank also increased interest rates into 2021 (from 15% to 17%) to fast-track economic progress. The government raised the rate to 15% in November. The successive increase was significant in luring international investors that were reportedly backing off from Turkish assets. In the last two months of 2020, up to $4 billion worth of stocks and bonds were purchased by foreign investors.

The 14-day RSI shows a low of 34.344 – slightly above the oversold region. The stochastic RSI supports the oversold trendline at 1.187 while the ultimate oscillator is at 38.055, indicating a sell position. The 50-day SMA is at 7.4616, while the EMA is 7.4414. The indicators support a sell position in the first half of 2021. The Turkish lira may overcome the sanction hurdle and strengthen its exports in the US.