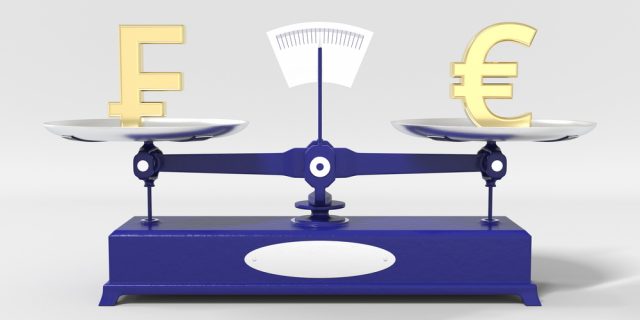 The EUR/CHF currency trading pair hit an all-time low in April 2020 at 1.0578 due to the COVID-19 pandemic’s occurrence that shut businesses in the eurozone. A positive trade balance will boost the euro into 2021 that seeks to improve its production capacity. On the contrary, the Brexit deal may increase tariffs causing low imports and exports in the eurozone. The euro has struggled to offset the Swiss franc’s status as a currency haven in the wake of the pandemic.

From January 2020 to May 2020, large investor capital flow made the CHF rise by 2.16% against the euro. Confidence tilted towards Switzerland as the US dollar index fell to record lows and the euro was grappling with the “no-deal” Brexit negotiations. Rising COVID-19 cases in Europe support a dovish position of the European Central Bank (ECB) ahead of its next meeting in January 2021.

UBS, the largest Switzerland bank, has indicated that it will charge high-rated clients a deposit interest fee of 0.75% with amounts larger than 250,000 Swiss francs ($280,641.61). The bank is coming to terms with the negative interest rates idea that may plague Switzerland for some years. Credit Suisse (UBS rival) has stuck with a threshold of 2 million Swiss francs with accounts denominated by the euro exempted up to €500,000.

The EUR/CHF is on a positive trajectory as Europe’s export volume was higher in countries like the US, UK (even with the Brexit negotiations), China, and Switzerland. Import volumes were most increased in China in 2020, with its deficit balance highest at €167.4 billion and surplus with the US at €135.8 billion (January-November 2020). With a trade surplus of up to €205.4 billion comprising €1.94 trillion (exports) and €1.73 trillion (imports), the euro will have its head high.

Europe will need to replicate this performance in 2021 to perpetuate the euro’s dominance over the CHF. The GDP of Switzerland is projected to grow by 3% in 2021 and 3.1% in 2022. We expect the economy to take a hit with the new coronavirus strain scheduled to force stricter economic measures slowing down the CHF.

In the short-term – a bearish action has been established from a triple violation of the resistance formed at the 1.08500 region- the channel’s upper boundary level. Traders have posted high selling activity with the RSI at 38.286. The 200-day simple moving average (SMA) is at 1.0814, while the EMA is at 1.0808, indicating a sell position. Further violations may see a new support level at 1.06734 as the CHF gains strength over the euro. If the pair rejects the new support level, it may re-test the 1.05039 signaling intensive selling action among investors as the year progresses.

However, the breakout may occur as the euro attains dominance in 2021.