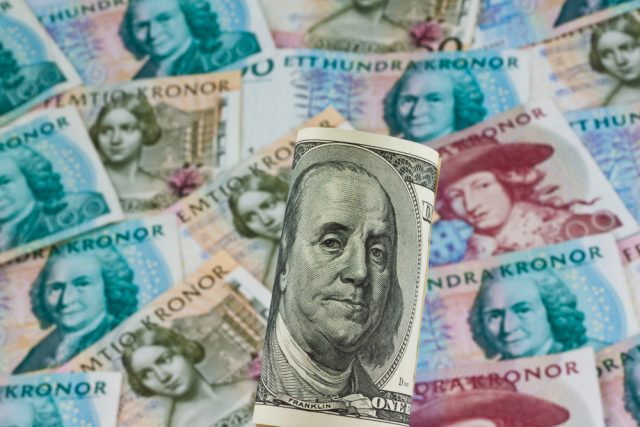 The Swedish krona has made an impressive comeback in the past week. The USD/SEK rose by more than 3.30% from January 1 to January 18. In the past week, however, the pair has fallen by more than 1.65%. The same trend is seen in other major currency pairs like the EUR/SEK and GBP/SEK.

The USD/SEK has retreated partly because of the strong economic numbers from Sweden. Early this month, data by IHS Markit showed that the country’s manufacturing sector continued to do well in December even as the coronavirus pandemic continued to spread. In total, the manufacturing PMI rose from 59.8 in November to 64.9 in December.

The service sector also continued to do well. The services PMI fell from 58.6 in November to 56.6 in December. Still, a PMI reading above 50 is usually a sign that the industry is expanding.

Further data from Sweden showed that industrial production increased by 0.8% in November. This was mostly because of a 5.7% increase in new industrial orders. And last week, the statistics agency said that consumer prices rose from -0.1% in November to 0.7% in December. CPI at constant interest rates rose by 0.5%.

These numbers paint a picture of an economy that is doing relatively well amidst the ongoing coronavirus pandemic. Because of the country’s no-lockdown policy, it has suffered more than its neighboring Nordic neighbors like Norway and Denmark.

Because of these numbers, many analysts believe that the Riksbank will continue its hawkish tone in its February 10 interest rate meeting. It won’t be alone. In its meeting this month, the Norges Bank said that it would likely increase interest rates faster than expected.

In its most recent rate decision, the bank expanded its quantitative easing program by 200 billion SEK to 700 billion SEK. It also committed to continuing to support the economy. A hawkish Riksbank will be bearish for the USD/SEK because it will lead to higher demand.

In the near term, the focus will be on the Federal Reserve that will publish its interest rate decision this week. Like all other major central banks, the Fed is expected to leave interest rates unchanged at the current range of 0% and 0.25%. It will also commit to continue with the quantitative easing program that is seeing it expand its balance sheet.

In addition to this, the USD/SEK price will react to the US GDP numbers that will come out this week. In general, the median estimate is for the economy to expand by about 4%, helped by robust consumer spending.

Finally, the pair will be affected by the important personal spending and income numbers that will come out on Friday. These numbers are watched closely because they tend to have an indirect result on inflation.

In general, if the Fed sounds hawkish this week, the USD/SEK will likely bounce back. If it sounds dovish, the pair will likely continue falling.

The four-hour chart shows that the USD/SEK pair has dropped in the past week. In this period, it has moved from a high of 8.4273 to the current 8.300. The pair is now in consolidation mode, as evidenced by the performance of the 25-day and 15-day exponential moving averages and oscillators like the RSI.

The pair has also formed a bearish flag pattern that is shown in green. Therefore, in the near term, the pair will possibly have a bearish break-out. In case this happens, the USD/SEK will likely test the next support at 8.200.