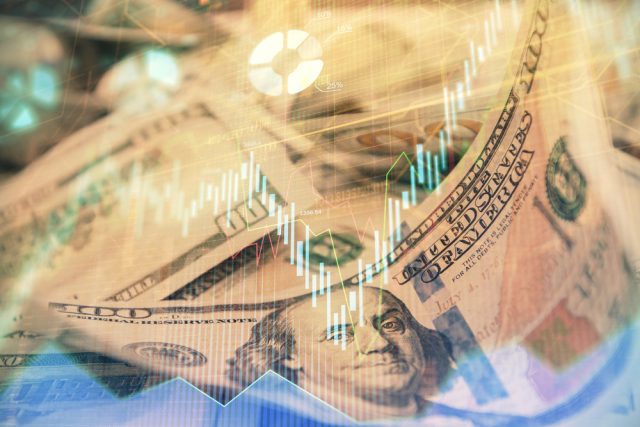 The US dollar index (DXY) rally has continued to gain steam ahead of the Joe Biden inauguration. It has jumped to $90.87, which is an almost 2% increase from this month’s low of $89.20.

The ongoing rally partially offsets the losses the index suffered since March last year. Indeed, the dollar index is still 11.75% below the highest point in March a year ago.

There are several reasons why the dollar has rallied recently. First, some Federal Reserve officials have started sounding positive about the economy. In speeches delivered last week, FOMC members like Raphael Bostic and Richard Kaplan said that the bank would possibly start hiking rates earlier than expected. In its past FOMC meetings, the bank has said that it expects to hike rates in the next two-three years. Higher interest rates in the US usually favor the dollar.

Second, in a statement last week, President-Elect Joe Biden unveiled a $1.9 trillion stimulus package. If passed, that will bring the total stimulus passed this year to more than $2.8 trillion. This, coupled with the multitrillion stimulus offered last year, will take the national debt to more than $28 trillion. Economists believe that such a package will lead to a faster recovery, which in turn will require faster interest rate hikes.

Some analysts are afraid that the US debt is getting out of hand. For one, the country’s total debt was less than $10 trillion a decade ago. And it will increase as Biden implements his agenda, which could be positive for the dollar.

Third, the dollar index is rising because of the flight to safety as the number of coronavirus cases continue rising around the world. Notably, China has put a province with more than 11 million residents into a lockdown as the number increases. Meanwhile, investors are pessimistic about vaccines because of the slow pace of implementation. For example, the UK, the first country to start vaccination, has gone into lockdown because of the rising cases.

Finally, the dollar index is rising because many investors believe that the currency was getting oversold and undervalued.

Later this week, the DXY will react to the important interest rate decisions by the Bank of Canada (BOC) and the European Central Bank (ECB). The two decisions are important because the Canadian dollar and the euro are pivotal constituents of the dollar index.

Also, it will react to the inauguration of the new president and the new congress. These issues will move the dollar because traders will want to see the tone that Biden will use when addressing key issues. Most importantly, the dollar will react to his tone on China.

On the four-hour chart, we see that the dollar index has bounced back in the past few days. Subsequently, the 15-day and 25-day Hull Moving Averages (HMA) have made a bullish crossover. At the same time, the Relative Strength Index (RSI) has moved to the overbought zone. The same is true with other oscillators like the MACD and the Relative Vigor Index (RVI). Therefore, the index will likely continue rising as bulls target the next resistance at $92.00.

USDJPY Forecast as the BOJ and Fed Divergence Widens

GBPUSD Forecast Ahead of UK Jobs and Inflation Data

What Is the ‘50 Pips a Day’ Forex Strategy

USDJPY Forecast as the BOJ and Fed Divergence Widens

GBPUSD Forecast Ahead of UK Jobs and Inflation Data