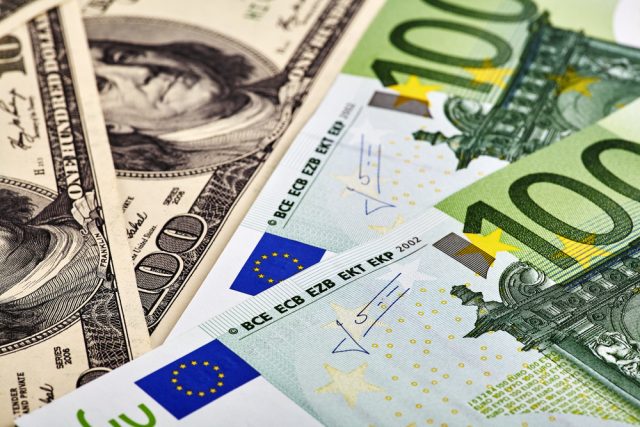 The EUR/USD dropped sharply on Thursday after the United States released weak jobless claims numbers. The pair fell to an intraday low of 1.2167,  meaning that it has dropped by almost 2% since January 6.

More stimulus on its way

On Friday last week, the US released weak employment numbers. They showed that the American economy lost more than 140,000 jobs in April. That was the first month since April last year that the economy lost jobs.

In a report on Thursday, the Bureau of Labour Statistics (BLS) said that more than 965,000 Americans applied for jobless claims last week. That was the highest reading in five months and is a signal that the American economy is experiencing a sharp deterioration. Further, the number of continuing claims increased to more than 5.27 million from the previous 5.07 million.

These numbers were bearish for the EUR/USD because they mean that the economy needs more stimulus. Indeed, Joe Biden is said to be considering unveiling a stimulus worth between $2 billion and $3 billion. It will have funds for individuals, companies, states and local governments, schools, and the health sector.

In theory, a stimulus package in the United States is bearish for the EUR/USD. That’s because it will lead to a faster economic recovery, which will, in turn, lead to higher interest rates.

Indeed, several Fed members have already signaled their willingness to change tune on the current policy. In speeches this week, members like Lorretta Mester, Raphael Bostic, and Richard Kaplan said that the bank could move earlier than predicted.

This basically means that the bank will possibly start tapering asset purchases this year as it prepares to hike interest rates in the coming year. Indeed, recent economic data means that this is possible.

Data released this week showed that the consumer price index (CPI) increased to 1.4% in December. The core CPI also increased to 1.6% during the month. While these numbers are below the Fed target of 2.0%, they are getting there. For once, the CPI was at 0.2% in June last year.

Therefore, there is a possibility that the upcoming large stimulus package will lead to higher consumer prices. This could incentivize the Fed to hike faster than expected.

Indeed, in a report, analysts at Danske Bank said that they believe that the CPI will rise to 2.0% this year while the unemployment rate will fall to below 4.0%.

Meanwhile, more analysts have turned bullish on the embattled US dollar. This week, reports by analysts at Danske Bank, Deutsche Bank, and Morgan Stanley published reports changing tune on the currency.

At the same time, the deteriorating situation in Europe means that investors will start moving to the safety of the dollar.

Also, the price is below the important 50-day and 25-day simple moving averages. Most importantly, it has formed a head and shoulders pattern whose neckline is at the 1.2136 level.

Therefore, the pair will likely continue falling as bears target the next support at 1.2060, which is also the 38.6% Fibonacci retracement level.

Which Are the Best Forex Pairs for Day Trading

Fractional Shares- Should You Invest In Them