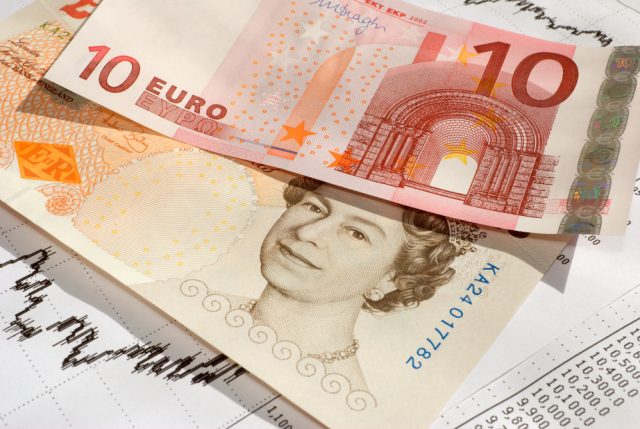 The EUR/GBP pair is down for four days in a row after relatively hawkish statements by Andrew Bailey, the Bank of England (BOE) governor. On Tuesday, the pair dropped to 0.8935, the lowest level since December 1.

Bailey warns about the complexities of negative rates

The Bank of England, like all global central banks, had a relatively busy year in 2020 as it handled the coronavirus pandemic. It lowered interest rates and launched an £895 billion quantitative easing program. The bank now owns more than 40% of all gilts issued by the British government.

Behind the scenes, the bank’s economists were finding more information about negative interest rates. In a statement on Monday, Silvano Tenreyo, a member of the BOE monetary policy committee, made a case for such rates. She pointed to other places like the European Union, Sweden, and Japan, where negative rates have worked well.

However, in a rejoinder on Wednesday, Andrew Bailey, the BOE chair, warned that negative rates were complicated. He repeated what other economists had warned before. Precisely, negative rates would hurt UK banks, which form an important part of the economy. That’s because they will struggle to earn a return when implemented.

The UK facing a coronavirus crisis

Still, the BOE has limited ammunition left if the country’s economy continues to deteriorate. It has already brought rates to zero, and it is slowly approaching the limit of quantitative easing.

Worse, the economy is struggling because of the rising number of coronavirus cases. The overall number has risen to more than 3.12 million, while deaths have jumped to more than 81,000. And this trend will likely continue, according to the country’s senior health official.

At the same time, the EUR/GBP is also reacting to the complexities brought about by Brexit. In a statement, Ocado, a leading e-commerce company, warned that the UK faces product shortages and higher prices. This is because of the added steps required by importers from the European Union.

The UK is not alone. Other European countries like Spain, Italy, and Ireland have continued to confirm thousands of new cases every day. And there’s little ammunition left in the ECB’s toolkit. For one, it has already slashed rates to the negative zone and launched a large 1.35 trillion euro quantitative easing program.

On the daily chart, we see that the EUR/GBP pair formed a double bottom pattern at 0.8860 between September and November last year. It then bounced back and rose to 0.9230. The pair is trading at 0.8937, which is below the 25-day and 50-day exponential moving averages. It is also approaching the 50% Fibonacci retracement level. It has also fallen below the pivot point of the standard pivot points.

Therefore, in the near term, the pair will likely continue falling as bears target the 50% retracement at 0.888. This price is also along the first support of the pivot points. However, a break above the 38.2% retracement and the pivot point will invalidate this trend. It will send a signal that there are more buyers in the market.