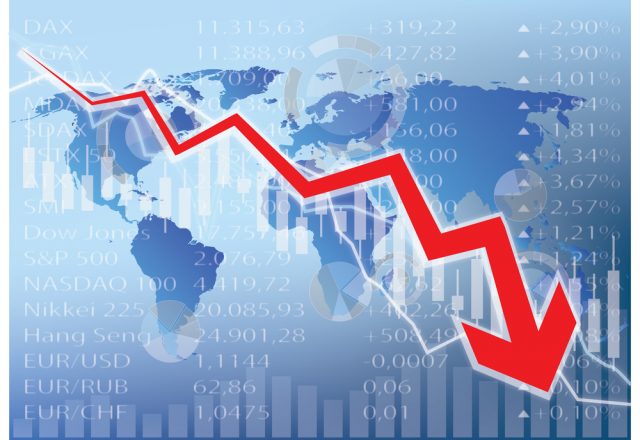 We often hear about stock market collapses, but we rarely think of whether forex can also crash. Fortunately, as the largest financial market globally, we have yet to experience something like a stock market crash.

The forex markets do not have a typical stock market collapse but on rare occasions have they experienced a flash crash. This is when there is a dramatic decline in price in a few minutes before an eventual recovery.

Nonetheless, forex, like other securities, does experience a different type of crash, the ‘flash crash,’ a rare and often unexplainable market event where prices fall sharply within minutes before recovering.

So, what causes a flash crash, and what are some of the most memorable examples in the forex market? Let’s find out.

What is a flash crash?

A flash crash is a rare market phenomenon when an instrument’s price rapidly and dramatically declines in value before entering a gradual recovery period. In other words, a particular market ‘crashes in a flash’ before going back to normal.

Flash crashes typically last for a few minutes. In forex, as we trade in pairs, one instrument’s rapid devaluation can have the opposite effect in another.

Some of these events have resulted in substantial financial losses from a retail and institutional trader perspective. Analysts have attributed flash crashes mostly to a mixture of human and computer errors since there is never one overarching element involved.

In most cases, while a flash crash is often unexplainable, market participants usually react to some fundamental news event with immense significance. In other cases, there are deliberate attempts of malpractice.

What causes a flash crash?

One crucial realization about any financial market is the prevalence of high net-worth or institutional traders relying primarily on algorithmic or computer forms to execute orders.

If we couple this practice with how these systems use high-frequency trading and the astronomical traded volume, we begin to realize these orders can tremendously influence the price everyone else sees.

There will be software glitches in these systems that cause an excess of orders that momentarily drive prices down.

Another identified common trend with flash crashes is they have recently occurred during quieter periods in the market where liquidity is thin or low (as we’ll see in the recent notable examples below).

When liquidity is low, any substantially large order suddenly entering the markets can quickly decline the price in a matter of seconds.

Analysts attribute a flash crash to two other possible reasons:

The ‘fat finger’ error (referring to clumsy typing) is a wrong input on a keyboard or a misclick for an order dramatically larger than what was intended.

Spoofing is an illegal and manipulative algorithm-based trading practice where a trader places or ‘layers’ pending sell orders away from the present price with the intention of canceling them before the market reaches this point.

The ‘spoof’ occurs when other participants act upon seeing this by also making the same orders as the initial trader, albeit these execute instantly when the market reaches a certain price.

This activity creates ‘fake demand,’ instigating an imbalance of primarily short positions, causing the market to crash. The initial trader/s that started the ‘spoof’ will cancel their original order to buy back the instrument at a much lower price.

The forex markets are no strangers to flash crash events in recent memory. Let’s look at some of the notable examples below.

The ‘Frankenshock’ or Euro-Swiss franc crash (15 January 2015): This flash crash may be the most impactful in the history of the forex markets, causing millions of dollars in losses and wins and leaving countless brokers bankrupt or needing significant bailouts.

The roots of this crash began as far back as September 2011 when the Swiss National Bank fixed the Swiss franc against the euro to 1.2 so that exports between the two respective countries remained cheap.

Between this time and the eventual crash, the reserve bank printed millions of Swiss francs to stabilize the exchange rate with the euro and built up enormous forex reserves due to inflation.

These actions left many Swiss nationals angry, instigating talks by the end of 2014 for the peg to be scrapped. At 04h30 on the 15th of January, 2015, the SNB surprisingly removed the EUR/CHF peg, causing an unprecedented decline of roughly 30% in the exchange rate within a minute to 0.8704 (about a 3,300 pip drop).

Many other pairs where the Swiss franc was the base currency (like CHF/JPY) also had dramatic inclines in value of the same magnitude before quickly recovering.

USD/JPY and AUD/USD crash (2 January 2019) was yet another January event. This flash crash is the most recent that’s occurred in forex (at the time of writing).

The pairs that were primarily targeted were USD/JPY and AUD/USD, but several related markets like AUD/CAD and AUD/JPY also experienced unprecedented significant drops in a matter of minutes.

Like most flash crashes, there is no definitive cause, though much suspect malpractice. The theory that reporters have stuck with is the crash occurred because of a statement by Apple on a lower sales forecast in China.

This realization led many investors and traders to initiate short positions on so-called riskier currencies like the Australian dollar.

The yen fits into the picture because it is still a major feature of the broader Asian economy, and any bad news about China sees many flocking towards JPY. Towards the end of the trading day on 02 January 2019, both USD/JPY and AUD/USD experienced drops of around 350 to 400 pips.

In truth, a flash crash is not something any trader should concern themselves with because it is still a once-in-a-lifetime type of event. We can, nevertheless, learn a thing or two.

On rare occasions, financial markets can act crazily, enforcing why risk management is the cornerstone and the one thing that can save anyone from an unexpected colossal loss in such scarce episodes.

Flash crashes are one of the reasons why having a stop loss becomes paramount. Something else that’s worth considering is at least in the last five years, and more brokers began offering negative balance protection, especially after the ‘Frankenshock’ of 2015 that left countless traders with negative balances.

Few brokers nowadays do not offer this protection, though traders should always double-check them as insurance against these occurrences. On the other side, if one is fortunate to experience a flash crash that goes in their favor, they could indeed make a fortune.

How to Set Up and Use VPS for Forex Trading

How to Trade Forex in the US

How to Start Forex Trading With $100

How to Use NinjaTrader in Forex Trading?