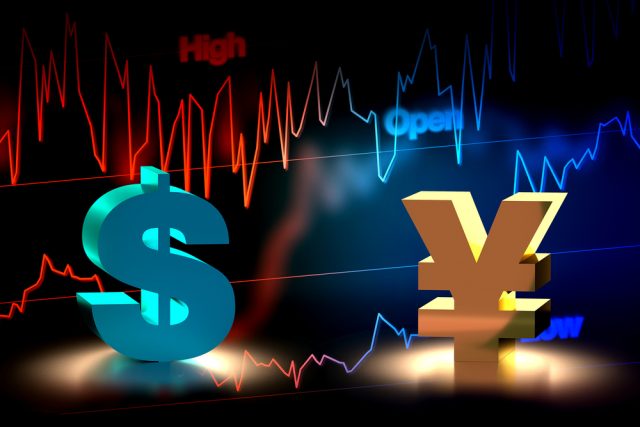 The USD/JPY pair is tilting higher as signs emerge that the Japanese economy is struggling. In recent days, the Yoshihide Suga administration has been forced to re-impose a state of emergency to halt the spread of the disease. Almost all prefectures are currently in an emergency, which will have an impact on the country’s economy.

In a statement yesterday, the BOJ warned that the economic growth this year would be lower than what it had forecast before. It said this as it left its policy tools like interest rates, yield curve control, and quantitative easing policies intact. It also committed to doing more to support the economy. On Tuesday morning, the bank will release the minutes of this meeting, which will shed light on its members’ thinking.

Later this week, the USD/JPY will also react to important numbers from Japan. On Wednesday, the statistics bureau will publish the December retail sales. Economists expect the data to show that sales dropped by about 0.1% in December. On Thursday, the bureau will publish the unemployment rate, consumer price index (CPI), and industrial production numbers. Finally, on Friday, the agency will publish the country’s construction output data.

Fed decision and US GDP in focus

The USD/JPY will also move in reaction to the interest rate decision by the Federal Reserve that will come out on Wednesday.

While the Fed will leave its tools unchanged, investors will be focusing on the language Jerome Powell, and his lieutenants will use. That’s because there have been mixed signals in the past few days. For example, while Jerome Powell has been cautious, some FOMC members like Richard Kaplan and Bostic have warmed to the idea of higher interest rates in 2022.

A hawkish Federal Reserve will possibly be bullish for the USD/JPY because it will lead to a relatively stronger dollar. On the other hand, a dovish Fed will possibly attract more bears in the market.

Further, the USD/JPY will react to the US GDP data that will come out on Thursday. These numbers will provide a good signal about the state of the American economy. Analysts expect that the American economy rose by 4% in the fourth quarter, helped by robust consumer spending.

Finally, on Friday, the US statistics bureau will deliver the US personal income and spending data that could have an impact on the USD/JPY.

Most importantly, investors and traders will be watching out for the state of the political situation in the United States. There are talks about continuing the impeachment process against Donald Trump. Rising political tensions will be good for the Japanese yen, which is usually viewed as a safe-haven currency.

The four-hour chart provides a clear picture of what is happening in the USD/JPY. The chart shows that the pair reached a low of 103.31 a few days ago and has now been rising. Looking back, we see that the pair jumped from the January low of 102.59. As a result, in technical terms, we see that the pair has formed a bullish flag. The yellow line is the flag post, while the descending blue channel is the flag. Notably, we see some consolidation near the upper side of the flag. Therefore, in my view, it is just a matter of time until the pair soars above the upper side of the flag.

Which Are the Best Forex Pairs for Day Trading

Fractional Shares- Should You Invest In Them