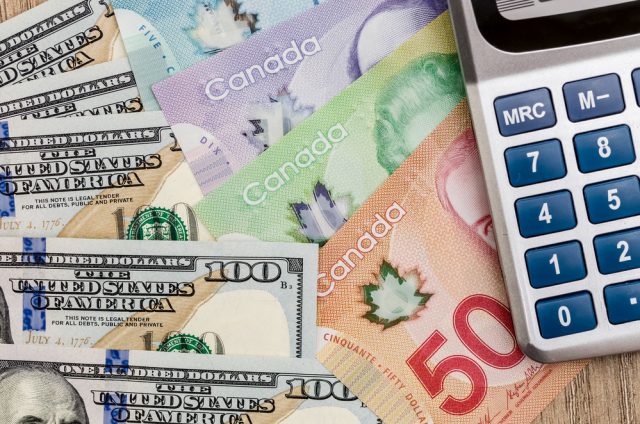 The USD/CAD is struggling to find direction as investors focus on the price action in crude oil, US Treasury yields, upcoming Bank of Canada (BOC) decision, and Canada’s jobs numbers. The pair is trading at 1.2675, which is slightly above last week’s low of 1.2575.

The Bank of Canada will become the second major central bank to publish its monetary policy decision this month. The Reserve Bank of Australia (RBA) was the first one.

The BOC will start its monetary policy meeting tomorrow and deliver the decision on Wednesday. This meeting comes at a time when the Canadian government is lagging its developed countries peers in rolling  out the vaccine.

The country has already vaccinated more than 1 million people while the US has inoculated more than 50 million of them. However, the government has said that it will accelerate the vaccinations as more doses from Pfizer and Johnson & Johnson arrive.

Also, the BOC decision comes at a time when the Canadian economy is on a recovery path. Last week, data by the Ivey Institute showed that the country’s manufacturing PMI increased to a six-month high of 60.0 from the previous month’s 48.4. This growth was mostly because of increased optimism by companies in the sector.

Other recent numbers from Canada have been fairly positive. For example, retail sales and inflation have been relatively strong even after the lockdowns that took place in January.

Crude oil and US stimulus

The USD/CAD price is also wavering as investors react to the ongoing volatility of the price of crude oil. On Monday, the price of Brent spiked to a 2 and a half high of $71 while the West Texas Intermediate (WTI) rose to $67. This action matters because Canada is a major oil exporter, meaning that the Canadian dollar is usually supported by high oil prices.

The price of crude oil rose because of the recent meeting by OPEC and its allies, led by Russia. In the virtual summit, the leaders announced that they will maintain output at the current level in April. Before the meeting, there were rumors that Russia and Saudi Arabia would increase production gradually in April.

Further, the price also rose because of an attack launched against a key oil terminal in Saudi Arabia by Houthi rebels. In a statement, the Saudi government said that it had successfully intercepted the missiles and that no supply was cut. Still, there is a possibility that there will be a major crash between the country and the Iranian-backed rebels.

The USD/CAD is also reacting to the latest US stimulus that has pushed the US dollar and Treasury yields higher. As one of the major trading partners of the US, Canada is expected to be a major beneficiary of the stimulus package.

On the 2-hour chart, we see that the USD/CAD pair has been wavering recently as traders digest all that information. The pair is trading at 1.2665, which is along the middle line of the Donchian Channels. It is also along the 25-day moving average. Therefore, at this stage, the outlook for the USD/CAD pair is neutral, with the key levels to watch being the support and resistance levels at 1.2623 and 1.2700, respectively.