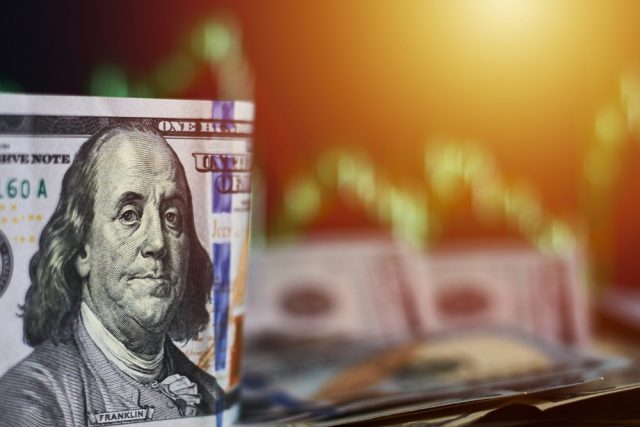 The US dollar slid on Tuesday in response to US Treasury yields falling off for the first time in six sessions. The greenback retreated from its three-month high as yields dipped below the 1.6% level as part of ongoing consolidation.

The pullback experienced on Tuesday could be attributed to, among other things, investors taking profits after recent gains on the greenback. The reserve currency has been on a fine run in recent weeks, powering through resistance levels after initially plummeting to two-year lows.

The dollar index powered through the 92.5 handles against the majors, retreated to the 91.9 handles. Amid the dip, the index remained well-supported near its three-month highs. While the pullback did fuel a rally of other major currencies, the greenback remains bullish, supported by a string of solid underlying fundamentals.

The passing of the $1.9 trillion stimulus package and its potential impact on economic growth is one factor that continues to work on dollar strength. Similarly, the greenback remains well supported by a string of impressive economic releases that underscore accelerated economic recovery.

The Non-Farm Payroll Report topping estimates on printing 379,000 jobs in February against 182,000 expected also affirmed ongoing economic recovery. While the unemployment rate did hold firm at the 6.3% level, there is growing confidence about economic recovery as the vaccine rollout continues to gather pace.

The dollar weakness experienced on Tuesday could also be attributed to growing concerns that the Federal Reserve could be forced to act in a bid to stem further gains in Treasury yields. One of the biggest risks of yields rising faster is that it could trigger higher borrowing costs.

The last thing that the US economy needs at the moment is higher borrowing costs, given the ongoing recovery from the COVID-19 pandemic. The FED was forced to cut interest rates to record lows early last year to keep borrowing costs low, needed to stimulate economic recovery.

However, investors are increasingly pricing in the US economy will bounce back at a much accelerated pace given the ongoing vaccine rollout. Likewise, yields are expected to continue rising if the FED doesn’t act ahead of the much-awaited $120 billion auction of three, ten, and 30 treasuries.

Continued dollar strength also raises questions as to whether the FED will not hike rates until 2023. There is growing optimism that some policymakers could change their policy views at the next meeting.

The consolidation experienced on the greenback was a big reprieve not only for major currencies, which bounced off after days on the receiving end but also gold. The precious metal rallied by more than $40, bouncing off eight months lows.

The precious metal ended Tuesday’s trading session above the $1,700 an ounce level after coming under pressure in recent weeks on dollar strength. Gold for April delivery was up by 2.3% or 38.90 to $1,716.90 after the gold futures contract had hit an 11 month low of 1673 early in the week.

While gold acts as a hedge against rising inflation, that has not been the case in recent months. The precious metal has remained under pressure with its weakness compounded by rising Treasury yields.