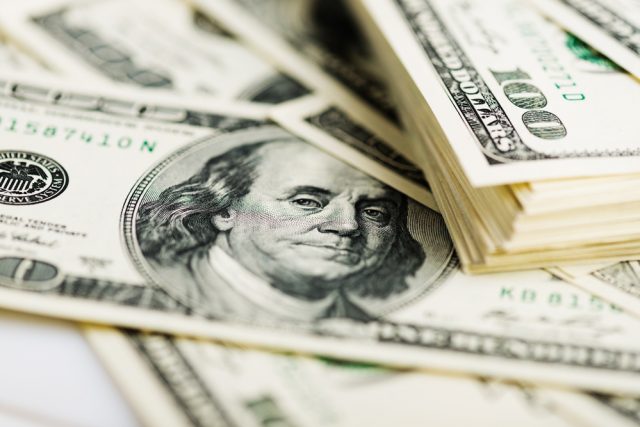 The US dollar is struggling to hold on to gains at three-month highs after coming under pressure on disappointing inflation data. The index which measures the greenback strength against the majors is seen retreating lower in what might be a corrective push as the bullish sentiment remains intact.

After initially powering to three-month highs of 92.49, the dollar index struggled to find support above the 92 levels, conversely plummeting, registering season lows of 91.74 in the Wednesday trading session. The weakness offered support to other major currencies that rallied after coming under pressure early in the week.

The disappointing CPI figures forced yields which have been the catalysts behind dollar strength, to retreat from one-year highs of 1.62% to about 1.53%. Fuelling further weakness in the US dollar is confirmation that Mortgage applications contracted 1.5% weak over the week ended March 5.

The US dollar outlook

Amid the weakness experienced for the better part of the week, the US dollar remains firm above the 91 levels on the index. Analysts expect further strength after the recent corrective face given the solid underlying fundamentals expected to offer the much-needed support.

The passing of the $1.9 trillion stimuli in the senate and the house is one factor that should continue to offer support to the greenback. The stimulus should heighten hopes of accelerated economic recovery going by a string of positive economic releases that have affirmed the recovery spree.

Accelerated economic recovery should continue to fuel further rallies in yields which have been on a roll in recent weeks. However, for the dollar to bounce back to continue, the Federal Reserve will need to be accommodative given the rising yields.

In recent weeks, there have been growing concerns that the FED could be forced to act on yields rising much faster. Further gains in the yields pose the risk of rising borrowing costs which the policymakers fear could take a significant toll on the fragile economy trying to bounce from the COVID-19 shocks.

Similarly, there are growing concerns that strong demand for Treasuries at the upcoming 10-year and 30-year auctions could limit the upside pressure on yield in the near term, conversely taking off some steam on the US dollar. The Treasury Department is poised to offer $38 billion of 10-year Treasury bills and $24 billion of 30-year bonds on Thursday.

Lack of demand should result in Treasury yield rallying further, as was the case last month. Yields impressive run to one-year highs started as investors shrugged off the short-term maturities in February.

Gold will be one of the biggest beneficiaries on treasury yields retreating from one-year highs. The precious metal has come under pressure on rising yields resulting in the dollar’s strengthening; the yellow metal fell by more than 7% in the past two weeks.

Losses saw the yellow metal breach the $1,700 an ounce level, plunging to eight months lows of $1,673. However, the metal has once again found support above the $1,700 level on dollar weakness in recent days fuelled by disappointing CPI data and retreating Treasury yields.

A bounce back off a key support level on Tuesday is already fuelling a suggestion that gold could climb to highs of $1,765, with the next resistance level at $1,800.