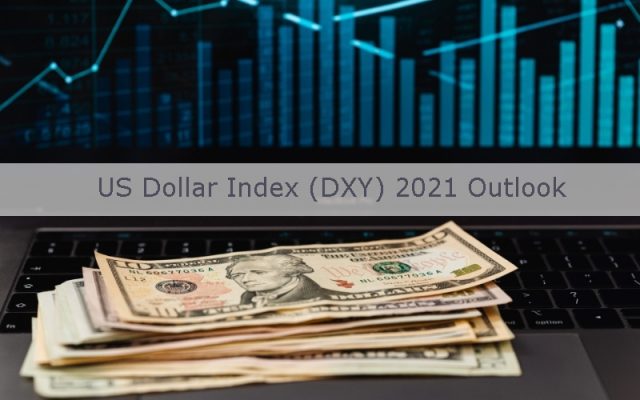 The US dollar index (DXY) is on track for its worst performance since 2017, when it dropped by more than 8.5%. The index is down by more than 7% this year and by 12% from its peak in March.

Fed actions drive down the US dollar

The Federal Reserve has been the biggest cause of this year’s dollar decline. In response to the coronavirus pandemic, the bank decided to lower interest rates to the range of 0% and 0.25%. It also announced a major quantitative easing program that boosted its balance sheet to more than $7 trillion. In recent months, the bank has been buying bonds worth about $120 billion per week.

The Fed’s policies have helped the American economy weather the current global pandemic. After dipping by more than 33% in the second quarter, the economy bounced back by more than 30% in the third quarter. The unemployment rate has also improved from 14.4% in April to about 7% today.

The US dollar index also declined because of the unlimited amount of money in the American economy. In addition to the Fed, Congress also passed multi trillion-dollar stimulus packages that included stimulus checks to individuals. The most recent package was worth $900 billion, and Congress has started to call for another round.

Meanwhile, the risk-on sentiment in the market also pushed the US dollar index lower. With chances of a coronavirus vaccine rising, most investors and companies started moving their funds back to local currencies. This led to more demand for local currencies at the expense of the US dollar.

Further, the recent election of Joe Biden was also seen as a negative factor for the dollar. For one, Biden will prioritize more stimulus, which will lead to a weaker dollar. This will only be possible if Democrats win the Senate. Also, unlike Trump, Biden is said to be more open to talking to foreign countries, like Iran and China.

Opportunities for the US dollar

Most analysts believe that the dollar will weaken further in 2021. Those at ING believe that it will drop by another 5% to 10%. The same is true for analysts at Goldman Sachs, Morgan Stanley, and JP Morgan.

However, there are key opportunities for the dollar in the coming year. For example, tensions between the US and China will possibly remain since Biden has said he will leave Trump’s tariffs intact. Also, if Republicans maintain control of the Senate, most of his actions will find strong resistance.

Also, there is the issue of global debt. This year alone, global debt has risen by more than $20 trillion. This presents the world at risk of defaults, which could spur demand for the US dollar.

Further, while the Fed will maintain interest rates at the current level, there is a possibility that it will start tapering its purchases. It could also send signals of higher interest rates in the future. All this could be positive for the dollar index.

The daily chart shows that the dollar index has been on a steep decline. It has moved below the 50-day exponential moving average. At the same time, the Relative Strength Index (RSI) and Stochastic Oscillator are approaching the oversold level.

Therefore, there is a possibility that the index will decline further as we move into 2021. However, later in the year, the index will possibly bounce back as the risks mentioned above come back into the spotlight.