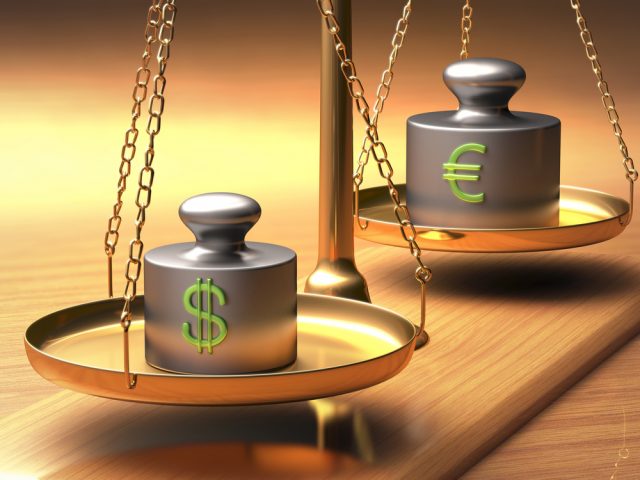 The EUR/USD is under pressure after the Fed interest rate decision and after some relatively weak data from the European Union. The pair is trading at 1.2100, which is slightly above the year-to-date low of 1.2050.

The Federal Open Market Committee (FOMC) completed its first meeting of the year and did what everyone was expecting. The bank left its pandemic response tools intact. It left interest rates unchanged between 0.0% and 0.25%.

At the time of writing, the discount rate is at 0.08%. Also, the bank committed to continuing buying bonds and other assets at the pace of $120 billion per month. The rate decision was in line with what other central banks like the Bank of Canada and Bank of Japan did last week.

Low-interest rates help to support the economy by incentivizing people and companies to borrow, spend and invest. In exchange, the low rates help to accelerate the economic recovery.

However, Fed’s policies have also been blamed for creating a bubble in the financial market. For example, in the past week, previously-unloved stocks like AMC and Gamestop have rallied substantially.

As a result, the EUR/USD declined because of the rising risks. High risks tend to push more people to the safety of the dollar. As shown below, the so-called fear and greed index has moved to the fear zone.

The EUR/USD is also falling because of a statement by Jerome Powell. In the press conference, he warned that the US recovery would take longer to recover even with the coronavirus vaccine.

The EUR/USD is also reacting to recent economic data from the Eurozone. This week, data released by the ifo Institut and GsK showed that business confidence in Germany is deteriorating because of the pandemic. These confidence numbers are vital because they tend to influence consumer and business purchases in a country.

According to the European Commission, the services and industrial sentiment declined to -5.9 and -17.8 respectively in January. Similarly, the business and consumer survey fell from 92.4 to 91.5, while the business climate fell to -0.27.

These numbers came a week after data by Markit showed that the manufacturing and services PMI declined in January. This performance is mostly because of the rising number of coronavirus cases and the lockdowns in Europe.

As a result, even after leaving rates unchanged last week, there’s chatter that the European Central Bank (ECB) will push rates lower in the near term. The bank could also increase the size of its asset purchases.

The EUR/USD price has dropped by almost 2% in the past few weeks. These losses accelerated after the FOMC decision. On the daily chart, the 25-day and 15-day exponential moving averages have made a bearish crossover, which is a sign that bears are prevailing. Also, the price is bracing to move past the important support at 1.2050.

Therefore, in my view, the bearish trend is still intact, meaning that the pair will continue falling in the near term. If this happens, the next key support level to watch will be 1.2000. This is both an important psychological level and the highest level on September 1.