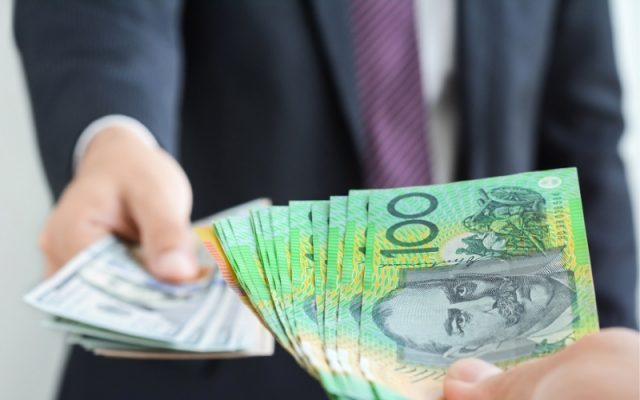 The Australian dollar has gained 33.84% against the US dollar, with the AUD/USD currency pair trading at a high of 0.7713 on January 19, 2021. The Australian economy has been resilient in the wake of the pandemic. Since the beginning of 2021, the ASX 200 has risen by 1.2%. The GDP has fallen from $1.4 trillion in 2019 to $1.3 in 2020. This decrease is due to a near shutdown of its financial systems, especially mining and travel. However, the recovery plan has been impressive in comparison to the political turmoil in the US.

The Australian government’s overall budget for economic recovery in the FY 2020/2021 is $507 billion, including $257 billion as a direct support fund for Australian citizens. The two countries have enormous budgets to respond to Covid-19 in the Fiscal Year 2020/ 2021. Unlike Australia’s, America’s plan proves more decisive, covering direct payments, unemployment insurance, and vaccine distribution. The greenback is strengthening itself as investors look to Biden’s forex policy and a dynamic shift to coal and iron mining.

Australia is gearing up to capitalize on China’s aim to attain an 8% growth in its GDP this year by increasing its mining reserves. China’s ban on Australian coal towards the end of 2020 is seen to lose effectiveness as the energy resource’s price is gaining steam.

Australian coal peaked in 2008 at $180 per metric ton due to floods that wreaked havoc on mining plains. Into 2021, the prices were up $83.03 from $66.18 in 2019 (+$25.46 YoY). With reports indicating that China’s energy sector is facing blackouts due to limiting Australian coal use, prices may exceed above the $100 mark in the first quarter of 2021. Australia needs to find other markets for its resource, as Beijing banned $14 billion worth of the commodity.

America’s foreign direct investment (FDI) in Australia is $162 billion against $81 billion. While the US has decreased its FDI by 1.0%, Australia has increased by 28.4%. An increase in exports into 2021 will see Australia increase its FDI in the US in the year.

Both countries look to capitalize on the free trade agreement with Australia going for news dissemination payments against the US. Technological firms – Google and Facebook – will be required to pay Australian news agencies to share their digital content. On a positive note, this payment will increase Australia’s service revenue against the US, reducing the trade deficit in 2021.

However, the situation may change in the long-term as America awaits the new Biden administration to enact different trading strategies with Australia. The 200-day SMA supports a sell position at 0.7734, and the EMA is at 0.7720.