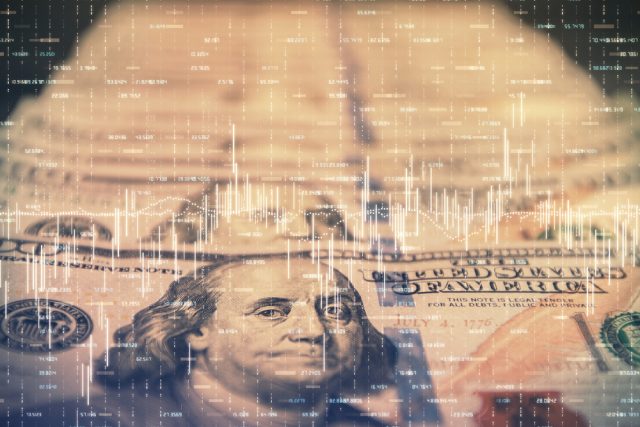 The US dollar index rallied on Wednesday after the relatively disappointing ADP nonfarm payroll numbers. The index is trading at $90.98, which is 0.40% above this week’s low of $90.63.

US employment numbers in focus

Recent numbers from the United States have sent mixed signals. A few weeks ago, the Bureau of Statistics published relatively strong retail sales and inflation numbers. In general, sales rose by 5.3% in January because of the recently-passed $900 billion stimulus package. In the same month, consumer inflation rose by more than 1.4%.

However, the labor market has been under pressure. On Wednesday, data by ADP Research Institute showed that US private payrolls increased by 117,000 in February. This increase was lower than January’s increase of 195,000 and the median estimate of 177,000.

Most of these jobs were created by midsize companies employing between 50 and 49 jobs, followed by small companies. Notably, the service sector added 131,000 while the goods-producing industry lost about 14,000.

These numbers came a day before the Bureau of Labour Statistics (BLS) is set to release last week’s initial jobless claims numbers. The median estimate is for the initial claims to increase by 750,000, a week after they increased by 730,000.

On Friday, the BLS will publish the official government numbers. Economists expect the data to show that the economy created 180,000 jobs after creating just 40,000 in January. Historically, ADP figures tend to differ from the government data. Also, analysts see the unemployment rate remaining at 6.3% while average hourly earnings rose by 5.3%.

These employment numbers are important because they come at a time when Washington politicians are deliberating on the $1.9 trillion stimulus package. Extremely weak numbers such as those delivered by ADP will increase the possibility of more stimulus. A higher stimulus, on the other hand, will lead to high inflation in the near term.

Indeed, after dropping for two consecutive days, government bonds rose after the weak jobs numbers. The benchmark ten-year rose to 1.465%, while the 30-year and 2-year rose by 2.26% and 0.129%, respectively.

Still, there is still uncertainty about the new stimulus. While many Democrats in the Senate have supported the deal, many Republicans are opposed to it. They argue that it is too large and unnecessary at a time when the economy is recovering. Mitch McConnel, the Senate minority leader, has proposed a $600 billion package that will be opposed by Democrats.

Meanwhile, the US dollar index is reacting to the latest services PMI data. According to Markit, the country’s services PMI increased from 58.7 in January to 59.5 in February. Similarly, data by the Institute of Supply Management (ISM) showed that the PMI fell from 58.6 to 55.5. A PMI of 50 and above is a sign of expansion.

The reports cited the ongoing reopening by some states, and the rising optimism among service providers as the number of new infections falls.

The Relative Strength Index (RSI) has also risen to above 56. The DXY also seems to be forming a head and shoulders pattern whose neckline is at $90.62. Therefore, the index may still break out lower in the near term.