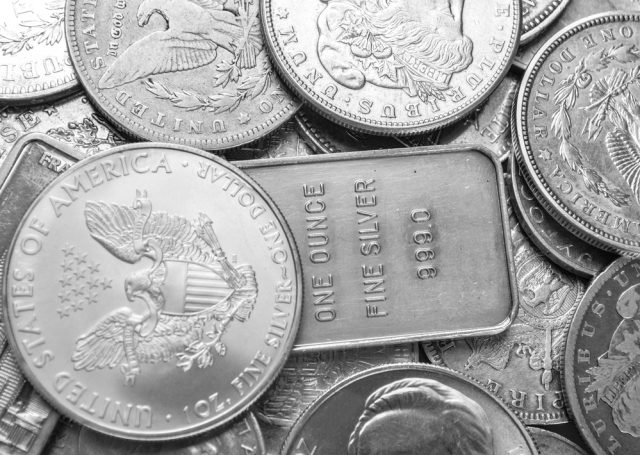 Silver price started 2021 on a positive note as investors placed their bet on a continued recovery of the global economy and a weaker US dollar. The precious metal rose to a multi-month high of $27.52 on Monday.

Silver and other metals rose on Monday mostly because of the overall expectation that global demand will increase in 2021. This expectation is partly due to the overall manufacturing PMI numbers released by IHS Markit and its partnering organizations.

In China, the world’s second-biggest economy, the manufacturing PMI dropped from 54.9 in November to 53.0 in December. While this was a decline, it was above 50, which means that the sector expanded in the month.

In the United States, the manufacturing PMI increased to 57.1 in December, a better performance than the previous month’s increase of 56.5. This performance happened even as the number of coronavirus cases continued to increase.

Meanwhile, in Europe, the manufacturing PMI declined from 55.5 in November to 55.2. This happened even as the German, French, and Italian PMIs did well.

Silver, unlike gold, is an industrial metal that does well when the global economy is doing well. That’s because the demand for its products like solar panels, mirrors, and kitchenware products usually rises.

In addition to the PMI, investors are pricing-in more demand as governments put an emphasis on clean energy. In the European Union, countries are scheduled to start receiving part of the 750 billion recovery fund this year. The European Commission will also start implementing its seven-year budget, with most of these funds going to clean energy, including solar.

In the United States, the upcoming senate run-off election in Georgia could determine whether Joe Biden will actualize his clean energy plan. He has pledged to greatly expand the number of solar panels installed in the country.

Later this week, the silver price will also react to the official US nonfarm payroll numbers. In total, economists expect the data to show that the American economy added more than 100k jobs in December. That will be the lowest increase in months and will be a signal that economic growth is easing. Economists also expect the unemployment rate will rise for the first time since April while wages will remain stubbornly low.

Employment numbers affect silver prices because of the Federal Reserve and the US dollar. A strong economy usually leads to more jobs, which incentivizes the Fed to hike interest rates. Higher rates tend to lead to a stronger dollar, which is usually negative for the price of silver.

Indeed part of the reason why the price of silver has soared in recent months is that the dollar has been under pressure. In 2020, the dollar index declined by more than 9%.

On the daily chart, we see that the silver price has been on a strong upward trend in recent months. It remains above the 25-day and 50-day exponential moving averages while the Triple Exponential Average (TRIX) has moved above the neutral level.

The Relative Strength Index (RSI) has also continued to rise. It has also formed a double bottom pattern at $21.45. Therefore, the price will possibly continue rising as bulls aim for the last year’s high of $29.80.